Labour recruitment agencies plays an important role in the foreign employment market in Nepal serving as a bridge between potential migrant workers and employers abroad. Workers pay large recruitment fees to the agencies for their service. Absence of income generating opportunities at home and financial pressure has made Nepali to turn to employment opportunities abroad. Despite the existence of various institutional and policy arrangements and instruments to facilitate and regulate labour migration and to ensure fair recruitment, migrant workers continue to face fundamental and labour right violation during their migration process. Desperation to migrate abroad for employment and poor government oversight over recruitment practices and the activities of agencies and agents makes aspiring migrants vulnerable to fraud, extortion, and exploitation in the hands of labour recruiters, intermediaries and traffickers. This report informs about the labour recruitment and recruitment agencies based on the reviews from 1593 reviewers provided to Recruitment Advisor. The key findings from the analysis of the reviews are presented below.

Prominent roles of sub-agents in hiring migrant workers. Sub-agents and middlemen continue to play an important role in facilitating the migration of Nepalis in foreign employment. The study identified that almost 40 per cent of the total reviewers had learnt about the job abroad through sub-agents and only 32 per cent from recruitment agencies.

Majority of migrant workers took pre-departure training. Notably, around 80 per cent of the reviewers have taken pre-departure orientation training; 48.1 per cent of those who attended the orientation received information about all three major components i.e., the rights and obligation of migrant workers, complain registration and useful contacts and services in the destination country.

Migrant workers continue to be deceived about their job, salary and benefits. Almost fourth-fifth of the Nepali reviewers had received a contract. Among those who received the contract, an overwhelming majority (95 per cent) mentioned understanding the language it was written in. However, it is interesting to note that some of the reviewers who mentioned to have understood the contract shared that the terms and conditions were verbally read out to them by the recruitment agency. Strikingly, one-third of the reviewers reported to not have received the jobs they were promised in the destination country. Similarly, more than half of the reviewers had not received they were promised.

Passports of the workers were withheld by the employer. Surprisingly, a massive proportion of Recruitment Advisor reviewers (96 per cent) responded that they had not been able to retain possession of their passport while they were working abroad.

Most migrant workers less informed about recruitment agency and employer. Most reviewers (78 per cent) rated the agencies between 0 and 3. Based on their experience with recruitment agencies, almost 70 per cent of the reviewers mentioned they would not use the same recruiter to go for employment overseas again. On the other hand, when asked if the reviewers would work for the same employer again, only 26.4 per cent gave positive affirmation. 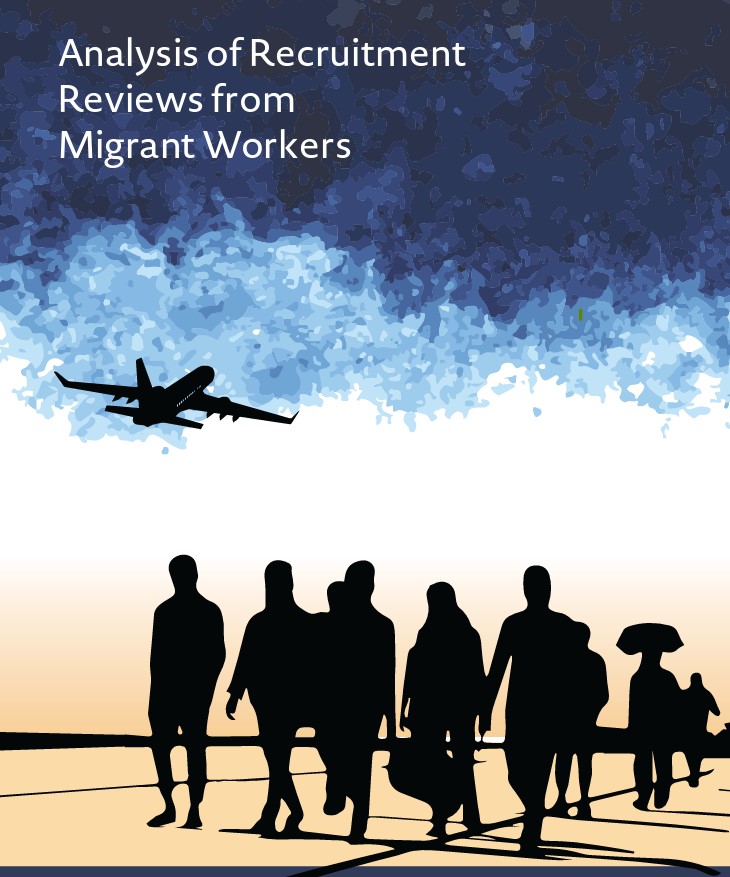 RecruitmentAdvisor is developed by a consortium of unions from different countries.

In RecruitmentAdvisor, we value the privacy and security of your personal information that you share with us.

Our terms and conditions include a guideline for workers review that need to be followed when workers write a review on the recruitment agency, review moderation process, and fraud detection, the details can be found below: 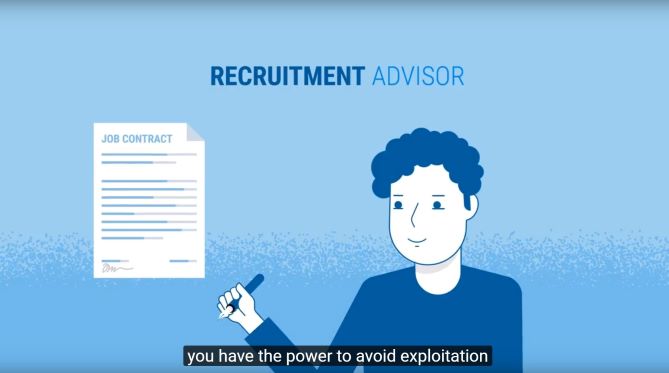 The analysis report prepared by Caroline Mugalla the Executive Secretary of East African Trade Union Confederation (EATUC) focused on key findings, conclusion, lessons and way forward. As at the time of analyzing web platform report, 479 reviews had been shared by Kenyan migrant workers.
Login with Facebook
Or
Forgot ?
No account yet ?Register

You have to be logged in to review an agency.